What should you do first: lifting or cardio? Many trainers recommend kicking things off in the weight room, since muscles are fresher and able to lift more, helping you progress. But a study in the Journal of Exercise Science & Fitness gives cardio top billing. Fourteen men in their 20s and 30s did two workouts. In the first, high-intensity sprints were followed by strength circuits. In the second, subjects switched between weights and cardio. A round of continuous weight circuit training was interrupted by several bouts of HIIT.

The Case for Doing Hot Yoga 3 Times Per Week

The guys reported feeling equally fatigued, explains study author Tony Nuñez, an exercise scientist at Metropolitan State University of Denver. But doing intervals before weights netted higher energy expenditure and greater post-exercise oxygen consumption—which means the workout challenged the body more during and after. By measuring the blood lactate concentration, Nuñez and his team tracked the exercises’ intensities. The segmented exercise, where weights and cardio were mixed together, gave the guys recovery time between the HIIT rounds, so they expended less energy. The study’s results show that, if you want to maximize your super-session, go hard with short bouts of cardio first, then finish it off with strength-training moves. 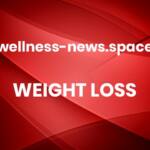 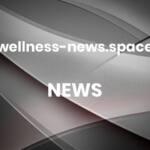