Since its discovery in December 2019, a coronavirus has been making headlines as it steadily spread from Wuhan, China, where it was first reported, to other countries around the globe. There are now more than 4,000 confirmed cases worldwide, and that number is expected to grow. While the CDC reports that the virus presents only a low immediate risk to Americans, it’s calling the infection a “a very serious public health threat,” and new cases are being confirmed every day.

First of all, don’t panic. There are just five cases in the U.S. at the time of this writing, and there’s no evidence that the disease is spreading between people here.

“For now, there’s no major concern,” Ramzi Asfour, a California-based infectious disease expert, told Men’s Journal. “Just keep abreast of the news and you will be warned if you need to be.”

Here’s what you need to know about coronavirus, and how you can stay safe at home and abroad.

The Cold Truth: What Happens to Your Body During a Polar Plunge

Coronaviruses are actually a whole class of viruses, and according to the CDC, they’re relatively common. In humans, they usually cause only mild to moderate upper respiratory symptoms in people—similar to what you’d get if you came down with a cold. In recent years, two newer human coronaviruses, MERS and SARS, emerged, and they frequently caused more severe symptoms and often led to pneumonia.

For the new coronavirus (officially labeled 2019-nCoV), symptoms have varied from person to person, with some reporting only mild affects while others have become severely ill and died. Generally, 2019-nCoV causes a fever, cough, and shortness of breath in the people it infects. Symptoms can appear as soon as two days after the initial exposure to the virus, or as long as two weeks afterward.

Where It Has Spread

Although investigations into 2019-nCoV are still ongoing, it’s believed to spread like other coronaviruses: through droplets expelled when an infected person coughs or sneezes. Since being identified in China at the end of 2019, the virus has spread across the globe. According to the latest stats reported by The New York Times, Thailand has reported 14 cases of coronavirus; Hong Kong has eight; the U.S., Taiwan, Australia, and Macau have five each; Singapore, South Korea, and Malaysia have four each; Japan has seven; France has three; Canada and Vietnam have two; and Nepal, Cambodia and Germany each have one.

But most of the cases are in China. 4,515 people there are confirmed to have coronavirus there, the Times reports. In addition, 106 people have died—though there have been no 2019-nCoV deaths reported outside of China.

According to CDC data, in the U.S., coronavirus cases have been confirmed in California, Arizona, Illinois, and Washington state.

What Experts Are Saying

Right now, officials are focused on containing the spread of the virus. At a press conference in Washington, the CDC announced that it will step up screenings for travelers arriving in the U.S. from Wuhan, the Times reports. The agency will now assess travelers’ health at 20 ports of entry, up from five. With just a few cases reported in the states, however, the CDC doesn’t see coronavirus as a major risk to the general public, at least not yet.

“Right now, there is no spread of this virus in our communities at home,” Robert Redfield, director of the Centers for Disease Control and Prevention, told the Times.

Can the Keto Diet Help You Fight the Flu?

Japan, Germany, and Vietnam have all reported person-to-person infections, and the World Health Organization updated its global risk assessment of the outbreak from “moderate” to “high.” Even so, the greatest risk of catching the virus comes from traveling to China, where most of the infected people are. For that reason, the CDC issued a Level 3 travel warning for China—it recommends that people avoid “all non-essential travel” to the country.

Could Fad Diets Lead to a Long, Healthy Life?

How to Stay Safe

To avoid the virus, treat it like you would the cold or flu, says Asfour. That means following the usual battery of prevention practices: wash your hands with soap and water for at least 20 seconds, avoid touching your eyes, nose, and mouth, and avoid close contact with sick people.

If you’re feeling under the weather, cough and sneeze into a tissue, avoid close contact with others, and disinfect your surroundings to stop the spread of the virus. And most importantly, says Asfour, don’t go into the office.

“I would be especially vigilant about remaining at home,” he said.

What about the surgical masks people are wearing? They’re largely unnecessary, Asfour says, and the evidence on their effectiveness is “sketchy.” More importantly, people rushing to buy them are causing a shortage for hospitals and clinics.

“Don’t panic and order a bunch on Amazon,” he said, “because people who might actually need them will not be able to get them.”

If you’re already sick, wearing a surgical-style mask that covers your nose and mouth can help prevent you from spreading pathogens (this is standard practice for flu patients, Asfour says). But there’s no reason for healthy people in the general population to wear them.

Instead, get plenty of sleep, make sure you have adequate vitamin D and vitamin C levels, and eat a healthy, balanced diet. That will keep your immune system in top shape. 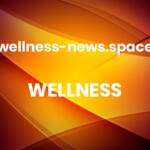