Poke around a typical office at midday, and you’re likely to see at least a few compostable fiber bowls from restaurants like Chipotle and Sweetgreen holding your coworkers’ lunches. As fast-casual chains compete for customers in cities across the U.S., many companies tout these eco-friendly containers as a way to brand themselves as environmentally responsible. But an investigation by The New Food Economy calls those claims into question: These supposedly compostable bowls are made with fluorinated compounds, called PFAS, that don’t ever break down naturally and could carry serious public health risks.

In the investigation, The New Food Economy collected samples of compostable takeout containers from 14 different restaurants in New York City including Sweetgreen, Chipotle, and Dig Inn. The samples were sent to Graham Peaslee, a chemist at the University of Notre Dame, who tested them using a kind of ion beam analysis called Particle-Induced Gamma-ray Emission. These tests revealed the total amount of fluorine in the samples, not the specific kinds of PFAS found within them. Still, it’s a reliable way to determine if something has been treated with fluorinated compounds like PFAS. And the results were compelling: Of the containers sampled, the lowest showed 826 parts per million (ppm) of fluorine, while the highest registered 2,167 ppm—on average, the samples had fluorine levels 50 times higher than the control group.

Rainer Lohmann, director of the University of Rhode Island’s Lohmann Lab, which studies the effects of toxic chemicals on waterways, told The New Food Economy that the methodology was sound.

“The test Graham does is a great screening tool,” he said. “If a product is showing really high fluorine levels, companies really can’t claim they didn’t use PFAS.”

Those are troubling results because PFAS chemicals aren’t biodegradable. Ironically, that’s why they’re used in takeout containers to begin with—PFAS are impervious to grease and water, and they keep fiber containers from dissolving when filled up with food. That also means the containers are only partly compostable: The plant-based fibers will break down into compost, but PFAS will stick around forever, infiltrating the soil and even leaching into drinking water after the containers are thrown out.

In addition, PFAS aren’t without health risks. Several types of PFAS, called long-chain PFAS, have been banned by the FDA after they were linked to a range of health issues like kidney and testicular cancer, low birth weight, thyroid disease, and more. Other types of PFAS, called short-chain PFAS, are still legal, but their health effects aren’t entirely understood. According to experts cited by The New Food Economy, short-chain PFAS can stick around in the human body for a period of a few days to a few months. If you eat takeout regularly, you’re likely ingesting these chemicals much faster than your body can get rid of them.

PFAS-laden containers pose an even greater threat once they’re thrown away. Since the PFAS doesn’t break down, it remains present in compost and can then be absorbed by fruits and vegetables fertilized using that batch of compost. If the container goes to a landfill, the PFAS remains in the soil and can make its way into groundwater. Current filtration technology isn’t able to capture PFAS, so any chemicals that enter public water systems will end up coming out of faucets, too.

“That’s the biggest issue with PFAS in my mind,” Peaslee told The New Food Economy. “The fact that we are now contaminating our waterways. If you don’t eat it off your wrapper, you and your kids will be drinking it out of municipal water in two months. That’s the scary part.”

In response to new findings about the prevalence of PFAS, the Biodegradable Products Institute, which certifies products as compostable, has updated its criteria to mandate that compostable products contain less than 100 ppm total flourine—roughly the amount found in the control group in The New Food Economy‘s investigation. The new rules take effect in January 2020.

Until then, you might want to think twice about ordering that takeout salad. If you do eat out, try looking for meals that are served in PFAS-free containers, like cardboard boxes lined with plant-based plastic. Of course, you can always just make your own lunch, too. 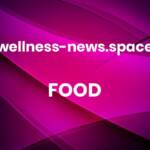 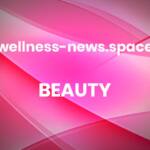